« The LITTLE Girl with Golden Hands » 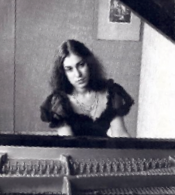 « Her hands are pure gold !» said the first teacher of her little pupil.
Born in Normandy, the French pianist Myriam BIRGER comes from a family of intellectuals and artists.
Her father, Dr Karol BIRGER, had left his native Poland as a young man to join the great Dr SCHWEITZER with whom he worked closely in Africa for several years.
Her mother, a literature and music lover, is the daughter of the charismatic Armenian minister PAPAZIAN, who saved the lives of hundreds of Armenian orphans and survivors after the Armenian genocide, coming to France (Ardèche) to become the head of a large community of Armenian refugees.
Myriam’s maternal uncle, Samuel PAPAZIAN, is a renown painter, and her brother Michel was a Classics scholar.
Myriam revealed her exceptional piano skills at a very early age.
Her mother having tried to persuade her son to start piano lessons, it appeared that his little sister, Myriam, aged six, needed no persuasion to sit at the piano: she was immediately drawn to the instrument, fascinated by its sound and so fell in love with it.
« Her hands are pure gold », said the first teacher of her little pupil, Louise Clavius-Marius, wife of the French composer Tony Aubin.
And so, two years later Myriam, a real child prodigy, gave her first public concert at the age of eight in the mythic concert hall of the “Ancien Conservatoire de Paris”.
Guided by teachers and encouraged by her mother- a pianist and organist lover- Myriam entered the Conservatoire National Supérieur de Paris aged eleven only, in Lucette Descaves’s class.
There she graduated top of her class and was awarded the First Prize in Piano at the age of thirteen, the youngest recipient ever in the institution, and gathered numerous prizes including in chamber music.
She then performed for the first time in the illustrious Théâtre des Champs-Elysées.
Aged fifteen, Myriam hit the headlines when she won a prestigious prize at the International Competition Marguerite Long-Jacques Thibaud.
A year later, at the age of sixteen, she made striking debut on television playing the second Chopin Concerto with orchestra.
On that occasion she was heard and noticed by the great pianist and musical genius Samson FRANCOIS.
Impressed and moved by her special gift, he became her Master and her Mentor.
Back in France, an atypical event introduced her to the French public at large. The photo magazine”Paris Match” relayed the victory of “a young and beautiful pianist, Myriam BIRGER” in a popular radio quizz: Myriam had won a pretty sum answering a question about Beethoven, one of her favorite composers! Following the radio show, she was invited to Luxemburg where she performed a full concert featuring an orchestra which was broadcast by RTL, the radio station.
Those years were also the times of meeting and sharing with other musicians such as François-René DUCHÂBLE who subsequently introduced her to Arthur RUBINSTEIN.

It is during that time that the pianist JEAN-RODOLPHE KARS took her to the great french teacher JEAN FASSINA, who was trained in Poland by HENRIK SZTOMPKA, last pupil of PADEREWSKI. FASSINA would revolutionize the technique of the French piano by adopting a totally innovative approach based on an “awarness” of piano-playing, the complet avoidance of muscle tension and a focus of listening to the the sound from within. She would spend several years of intensive pianistic work with him that would leave an indelible mark on her musical evolution.

Other invitations included a Mediterranean sea musical cruise with the greatest names in music, where she befriended the magnificent cellist Mistslav ROSTROPOVITCH whose charismatic personality affected her deeply.
ROSTROPOVICH then introduced her to the famous French trumpet player Maurice ANDRE.
The later invited Myriam to participate in Jacques Chancel’s notorious TV show “Le Grand Echiquier” where she met the tenor Ruggero RAIMONDI, the trumpet player Dizzie GILLESPIE and the singer-song writer Yves DUTEIL as well as other prestigious artists.
Then concerts and tours took her all over the world and Myriam was unanimously acclaimed and celebrated for her powerful interpretations, her special “touch” and her intense presence on stage.
Teaching also became part of her development as she is keen on transmitting her knowledge to the new generations.
With her musician friends Bruno Rigutto and Lucien Akoka she has taken part in the creation of the Maisons-Alfort Music Conservatory, a music school next to Paris, which is now a certified state school.
At the end of the eighties and after many years dedicated exclusively to her art, she went away from the stage. She has since appeared in private concerts and on special occasions, such as a recital at the Pleyel Concert Hall, sponsored by Bernard Arnault for LVMH, or a concert organized by the Paris Town Hall, broadcast and projected on a giant screen.
She started a family and became the mother of a little girl, Ornella.
Thus Myriam BIRGER has matured beautifully and become an ever committed, international and responsible artist.
To this day, Myriam’s wide repertoire includes numerous composers and allows her to interpret different styles and adapt to all musical forms.
Rich of her outstanding development and conscious of the treasure that her different origins and experiences represent, Myriam BIRGER hopes to see classical music become a universal language.
In this spirit she has recently taken part in “ Dialogue of Civilizations through Music”, an event organized by the Arab World Institute.
She is also the author of numerous educational works, whose goal is to make music and musical language accessible to all.
Myriam now wants to dedicate her art to the construction of bridges between cultures and civilizations, in order to promote peace and fraternity between men. 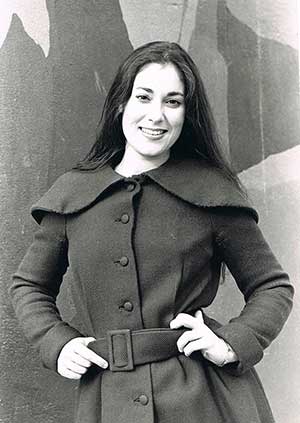